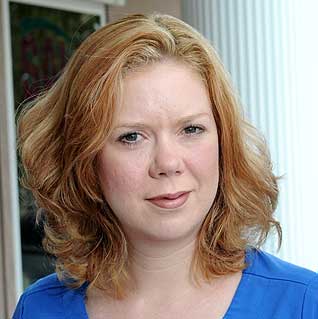 Jenna graduated from Bonnabel High School in 1999.  After working at various jobs, she enrolled in Blue Cliff College in Metairie in 2006 studying Massage Therapy.  After obtaining her Massage Therapy License, she attended classes at the Advanced Massage Training Center of New Orleans in Metairie studying Myofascial and Orthopedic Massage.

Jenna has been working at Hair Styles Unlimited, Inc. as their Licensed Massage Therapist since 2009.

She has extensive knowledge in Medical Massage and has kept up with the ever changing Medical field.

Prior to working at Hair Styles Unlimited, Inc she has worked with Chiropractors and Physical Therapists.

Jenna likes having the ability to customize her massages to fit the needs of her clients.  She has extensive knowledge in multiple modalities and can also switch gears and give a great relaxation massage if a client wants to de-stress.

In 2007, Jenna became an active Member of the LA Chapter of the American Massage Therapy Association (LA-AMTA).  Since then she has held the position of Convention Coordinator of the LA-AMTA.  She has coordinated and planned some of the most successful State Conferences in Louisiana.  The Conferences are the source for accruing the annually required 12 Hours of Continuing Education Units for re-licensure of registered Massage Therapists in the State of Louisiana.

In 2009 she was elected the 1st Vice President of the LA-AMTA, and held that office until 2015.
In both 2011 and 2013 Jenna received the LA-AMTA Presidents award, which is presented to honor those who have made outstanding contributions to the massage profession.

In 2013 she also received the National AMTA Meritorious Award (given to one therapist per State), which honors an individual by acknowledging their diligence in volunteerism in an unselfish manner, and is the highest award bestowed upon an AMTA member by a state chapter.

In 2012 Jenna represented the LA-AMTA, and was instrumental in assisting the LA State Board of Massage Therapy (LSBMT) understand the revisions to the laws of the Massage Therapy Practicing Act; which laws had not been updated since being written in 1992.

“My goal has been, and is, to better the standards and practices of Massage Therapists in the State of Louisiana.”

In July 2015 Jenna became Board Certified in Therapeutic Massage and Body Work.  She is currently, and still remains, the only Board Certified Licensed Massage Therapist in Kenner.